How Plastic Became the New Cash 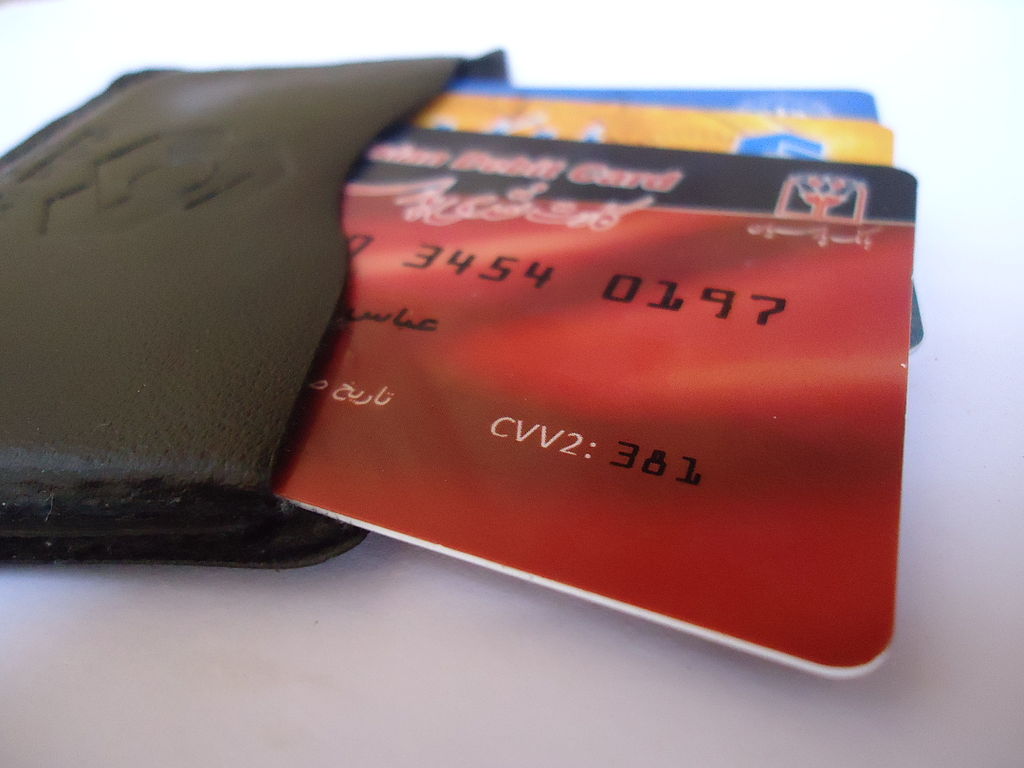 It was premature based on the statistics available at the time, but back in 2006 our favorite financial family board game Monopoly made the switch to plastic over the bright colored bills we all grew up with. Mr. Moneybags decision to dump cash was an attempt to get with the times as 70% of adults shifted more purchases to plastic than they did before the millennium. Nearly ten years after the switch, it seems like future generations may not even know what to do if ever presented with the “classic” version of the game. The purchase behaviors across many demographics are changing as more consumers move away from physical currency and instead opt for credit and debit cards.

Cash isn’t dead by any means, as various establishments continue to offer discounts on cash purchases. Frequently, this is an attempt to avoid transaction fees that add up with increased card use and subsequently eat at profit margins. Bars and restaurants, for example, have used “cash only” models to combat these fees. The feat isn’t easily accomplished and is becoming increasingly more difficult now that consumers are carrying less cash than ever. According to a survey by Walker Sands, nearly 1-in-5 consumers do not carry any cash on them, and more than 60 percent of consumers carry $20 or less in cash. In that same study, it was also found that 1 out of 20 people claim they never used cash and refused to go to places that only accepted physical currency. That number is expected to climb as younger generations begin to represent a larger portion of the consumer base.

How People Are Paying For Small Purchases

Not long ago, purchases made with plastic were thought of as “major” purchases. Cash was the choice method of payment for small amounts such as a quick lunch, convenience store toiletries, or a beverage at a gas station. Part of this could be attributed to business policies such as minimum purchase amounts that attempt to limit plastic use with expensive transaction fees. It is only recently that small businesses have gained the ability to process these transactions at cost -- without markups and middleman fees. Merchant service providers have always been able to increase transaction costs through surcharges, basis points, and unnecessary fees. Now with access to direct cost processing, many of these businesses have been able to rescind these policies. Just in time too, as plastic is gaining on cash as the preferred method of payment for small purchases. As a survey of nearly 1,000 people in the latter part of 2014 illustrates, nearly 1 in 3 cardholders usually use a credit or a debit card for in-person purchases of less than $5. Looking deeper into the numbers we find the following data:

• Consumers 49 or younger are almost as likely to pay for a $5 purchase with plastic as they are to pay with cash -- 52% prefer cash, 46% prefer debit or credit cards.

• Those with incomes of 50k and above were nearly twice as likely to prefer plastic over cash when making small purchases than those earning under 30k.

• In addition, those with full-time employment were also twice as likely to prefer plastic over cash than those who are unemployed.

So what story do the numbers tell? With two-thirds of consumers still siding with cash, at first glance it looks like physical currency is still king for under small purchases. And for now perhaps it is, but the generational divide is striking and paints a clear picture of where we’re headed. A slight majority of people between 18 and 29 prefer plastic to carrying cash, so far the only age group to do so. The preference for cash becomes stronger in each advancing age bracket and by age 65-plus, 82 percent prefer cash. So while cash is still what the majority of people reach into their pocket for in order to make a small purchase, its reign looks to be nearing an end. As younger generations continue to enter the market, their preference for plastic over cash should see the above numbers flip over the next 10-20 years.

Plastic Preferred Over Cash for Larger Purchases As Well

With cards gaining ground with smaller purchases, there is a little room left in consumer spending for cash to be used. As stated earlier, plastic has long been a preferred method for larger purchases but its use has continued to rise for several reasons. Some have to do with the inconveniences present when paying for intermediate to large purchases with cash. Other reasons have more to do with the deals, flexibility and financing that are now available to certain types of cardholders. In many instances, consumers consider both when deciding on how to pay for their intermediate to large purchases.

The increase in debit card use has been one of the biggest reasons why cash continues to lose ground in consumer wallets. Not all consumers have access to major credit cards for reasons of age, other forms of debt, and negative credit reports. While these can impact an individual’s ability to obtain a debit card as well, more consumers tend to qualify for this useful form of plastic. And indeed, much of the world has been built around the ease and security of a debit card.

• Most employers prefer to have payroll checks direct deposited into a person’s checking or savings account, eliminating the need for a physical deposit by the employee and thereby saving time.

• Debit cards then allow for easier spending of money on essentials and other purchases by eliminating the need to withdraw funds from a bank or ATM.

• Debit cards come with the greater assurance of security. Any cash that’s lost or stolen, remains lost or stolen. A card, on the other hand, can be replaced, and its funds restored in the event of fraud or other unwanted activity.

• Utility bills, rent/mortgage, and other monthly obligations can be paid electronically without the need to write antiquated checks thanks to debit cards.

• As ecommerce continues to grow, debit cards provide a means to make online purchases and enjoy savings not always available with cash at brick and mortar retailers.

For those who also hold credit cards, additional benefits are usually available that have also contributed to the decline in cash transactions and subsequent rise in the use of plastic. Not everyone can increase their income, but almost everyone likes finding ways to stretch that income a bit further. Credit cards are becoming increasingly more aggressive in their attempt to attract new cardholders with impressive benefits. Some of this can be attributed simply to the competition offered by debit cards.

• Accumulating miles became one of the first major draws to credit cards. Business travel required flights, rental cars, and hotel rooms -- much of which almost exclusively required plastic. Getting credit for future travel or a personal vacation on purchases you needed to make anyway was an easy win.

• Cash back offers became the next win for credit cards. Some cards offer a percent back on all purchases, or on rotating categories of common purchases such as groceries and fuel.

• Credit companies have also partnered with retailers, restaurants, theme parks, and online marketplaces to offer additional discounts when using their cards for purchases.

• Retailers also offer great incentives, point accumulations for cashback, exclusive offers and financing options for opening store-issued credit cards. These offers can include 0% financing for an extended period, giving cardholders the ability to make a large purchase and pay it down over time at no additional cost. Not having to absorb a large cost all at once and avoiding interest charges is a huge draw to store credit cards.

Through an independent market research firm’s findings, only 23% of purchases are expected to be made with cash by the year 2017. While some businesses are holding strong to their cash-only roots, many more are going the complete opposite direction by eliminating or marginalizing cash transactions. What was once the most secure way to buy things is now being accepted at fewer and fewer places. Credit and debit cards stand to be the biggest beneficiaries of this electronics-based economic system, but other forms of digital payments stand to gain as well.

Digital payment options are on the rise with more and more gaining traction thanks to increased online shopping and the security concerns with traditional cards over the internet. Payment methods like PayPal have seen their use grow in both purchases and person-to-person money transfers. Google Wallet allows users to store information about their debit cards, credit cards, reward cards, or gift cards on their smartphone. At participating stores, you can simply tap your phone to a PayPass terminal to process a transaction. Google Wallet users can even send money through Gmail attachments. Another payment option that is gaining traction and eliminating the overstuffing of wallets everywhere is the all-in-one-credit-card, Coin. Coin is the size and shape of a typical credit card and swipes everywhere traditional cards do. It holds up to 8 of your cards that can be interchanged and used with the touch of a button. Like Google Wallet, Coin also integrates with your smartphone.

While digital payment options are growing in popularity, the days of consumers using them primarily for purchases appear to be some time away. Even so, the high fees and transaction costs will still fall on businesses and merchant services like Fattmerchant that offer fixed-rate processing will become more prominent. Plastic is already the preferred method of payment for in-person sales (about 66%) over cash. Couple that with an increase in ecommerce models for the retail market and cash will continue to fall further out of favor. Already, an astounding 95% of those in the Walker Sands survey discussed earlier stated they purchased something from Amazon last year. This will create additional strains on those doing business as they attempt to limit the mounting fees associated with more and more plastic sales. Fortunately, there are already solutions to the high cost of plastic to the businesses that accept them and over time, this will lead to further and better opportunities both for businesses and their consumers as we continue to move away from cash.

Categories
Recent Articles
Interested in Guest Posting?
You can write for us.
View All Posts    |    RSS Feed